Why WebRTC is Critical to Your Communications Strategy

Why WebRTC is Critical to Your Communications Strategy 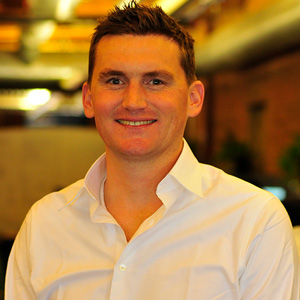 Unified communications has traditionally been anything but unified. Companies have been inundated with waves of expensive hardware, clunky on-premise software, and aging hosted-communications providers. Instead of moving towards a more integrated landscape, it feels like we’re headed in the opposite direction. The promise of a cohesive experience that meets all of an organization’s needs has yet to be fulfilled.

Users today expect more. They are connected in ways that were once unimaginable, and unified communications systems have not kept up. Email, presence, telephony, instant messaging, video and VOIP still operate in separate silos. These applications feel left behind, like remnants of a different time, compared to the apps on our phones, tablets and computers. Traditional unified communications systems try to meet so many needs that they end up not solving any of them effectively. Instead, their size and scope has led to systems that are slow to innovate, difficult to use and expensive to maintain.

The next generation of communication systems must be a seamless part of the user’s world and connect them to others without worry, frustrations or friction. I believe WebRTC holds promise as the technology to deliver this better UC experience.

WebRTC, an emerging technology born out of Google, will usher in the next wave of connected possibilities. Google released WebRTC as open source, and submitted its design to the main standard organizations (IETF and WC3) to be an open specification that all browsers can implement. WebRTC gives developers a holistic, real-time video, voice and data stack that is secure, performant and easy to use for building broader browser-based applications. It removes the problems of interoperability, hard to use development tools, and clunky aging user interfaces.

WebRTC is still evolving as a standard. And while companies are racing to figure out how they can benefit from this technology, for many companies the path forward is not immediately clear. Here are five ways I see users benefiting from WebRTC today.

1. Plugin-free communications. The promise of not having to download a plugin, install flash or Java, or install yet another application on your computer is enormously important. Users, whether internal or external to an organization, can connect in seconds and not waste half of their meeting coordinating how to install this or download that. Google, Mozilla and Microsoft have varying degrees of support for this, but all are committed to the standard and are working quickly on their implementations.

2. Secure, encrypted data. Securing video and voice communications has traditionally been difficult to do. WebRTC makes it trivially easy, and removes any excuse for not encrypting real-time data. Some WebRTC implementations simply do not allow unencrypted streams. For end users, this means that a call is just as secure when on Wi-Fi at a local Starbucks as when they are connected through their corporate network.

3. Better UX. The most stunning designs in software are happening in the browser and in mobile applications. This is more than eye candy; an engaging user interface can be easier to use and can dramatically simplify what was once a complex and error-prone process. The expectations around design have never been higher. Clunky foreign-feeling applications simply do not deserve space on a user’s device.

WebRTC is a web technology at heart. It removes the hardest parts of development and adds rich interfaces that developers and UX designers can use and easily interact with. The result is that marrying beautiful designs with real-time media has never been easier.

4. Cutting-edge features. Should software have a “sell by” date? I’m starting to think it should. Traditional communication software was difficult to write, secure and release. Organizations have been accustomed to yearly or longer releases of new features in complicated UC applications. WebRTC enables quicker turnaround of features in two ways. 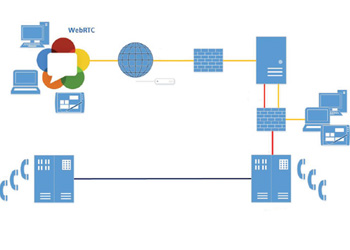 First, because its browser based, it’s dramatically easier to write, test and deploy software. Releases are no longer regarded in quarters or years, but in weeks, days, and sometimes even by the minute. Second, WebRTC itself is evolving. New features and improvements are constantly being added. As adoption grows, so will the quality and ability of this technology, and users will quickly reap the benefit.

5. Cost. Communications is a huge expense for most organizations. Investing in traditional UC infrastructure is costly, requires extensive planning and starts to depreciate the second it’s installed. Maintenance, support and user training all add to this expense. While WebRTC does not eliminate all of these costs, it can greatly reduce them. All an end user needs is a modern browser, smartphone or tablet, and they can start communicating with the latest communication technology available. Many of these solutions do not require any infrastructure to deploy.

Is WebRTC perfect? No. It has rough edges, but it continues to evolve and improve over time. To be successful, however, WebRTC will have to overcome these hurdles.

● Adoption. Adoption is the most important key to its success. Google released WebRTC in 2012 with the hope that all browser manufacturers would adopt and implement it. Fast forward to today, and it still hasn’t happened. Google’s Chrome, not surprisingly, is the most supported implementation. Mozilla’s Firefox has been making great strides in its support, and Microsoft has implemented functionality in its upcoming Edge browser and has strongly supported the next generation WebRTC specification. Apple, unfortunately, has been quiet on the matter.

Mobile adoption has been slow as well. Android only recently added native support for WebRTC, and Apple has not announced any plans for support in iOS.

● Interoperability. WebRTC does not directly support legacy interoperability with existing communication systems. Fortunately, service providers are making great strides in providing services that connect the most important parts of these systems, such as voice and telephony applications.

● P2P. WebRTC was designed as a peer to peer (P2P) technology, meaning two users could connect directly to each other. Additional multi-person use cases were not initially given much consideration. That means that the current state of WebRTC technology was not built to be able to scale. Again, this problem is left to the service provider to solve.

So, is WebRTC ready for prime time? I believe it is. Four months ago, my team at ReadyTalk set out to build a communication product that would facilitate conversations between distant sets of users in a mobile-first way. High definition video, voice and strong security would need to be hallmarks for such a product, and it needed to offer ubiquitous access across all types of devices.

We released our first version of FoxDen in eight weeks. Out of the gate, we delivered a high definition video and voice application for up to eight users with full support for browsers as well as applications for iOS and Android. We worked around the current limitations on mobile by including the open source WebRTC stack directly within our Android and iOS clients. Our back-end systems remove the P2P limitations by distributing the audio and video streams in a more efficient manner.

WebRTC allows us to focus on building unique and compelling features for users. It removes the burden of traditional unified communication development and frees us to innovate in new and creative ways. Its promise is exciting, and even in its infancy state, it provides real tangible value to users today.

Access Innovations, Inc.: Unleashing the Full Potential of a Knowledge Base

Iknow LLC: Enabling Knowledge Management by Capitalizing on IT Trends

Guru: With Guru, You’re Always in the Know

ProcedureFlow: Expert Knowledge at Your Fingertips

Knosys: Crafting a Repository of Knowledge

Brainspace: Collective Intelligence at the Fingertips of Everyone

Projecis: Centralized and Streamlined Knowledge Base

Alfresco Software: A Key to Share, Organize and Secure Files

The Dayhuff Group: Panacea to Supervise and Track Information

Front Porch Digital: Solutions for the Past, Present and Future of Media

Unlocking the Value of Connected Cars

Comprehensible Distribution of Training and Information...

The Current Focus is On Comprehensive Solutions

Big Data Analytics and Its Impact on the Supply Chain

Carmax, the Automobile Business with IT at the Core

The CIO's role in rethinking the scope of EPM for...

Transformative Impact On The IT Landscape

Get Ready for an IT Renaissance: Brought to You by Big...

Technology to Leverage and Enable

Speed is the Name of the Game

Innovating The Single-Family Leasing Industry To Simplify The Home

How Technology Fuels The Future Of Work

However, if you would like to share the information in this article, you may use the link below: